Use Gravity Forms for MemberPress Checkout and Registration 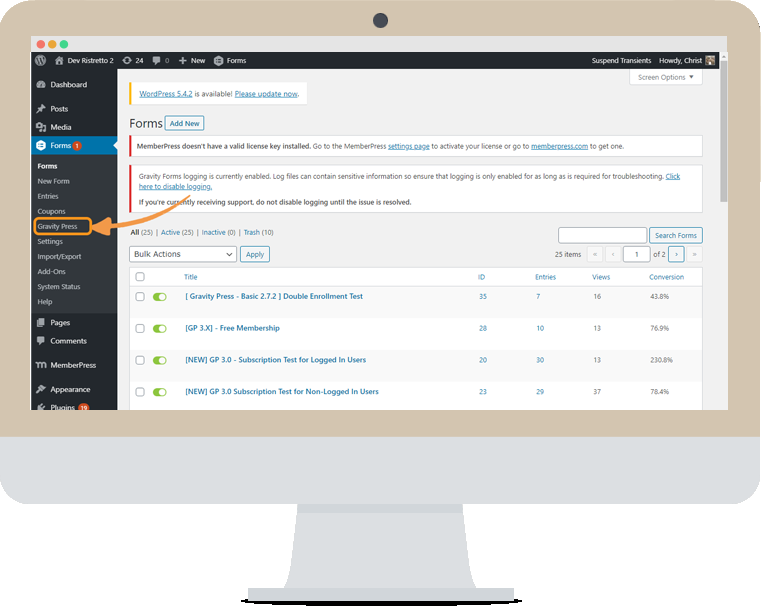 Gravity Forms offers one of the best looking and most customizable checkout forms, including a ton of great add ons to improve your checkout automations.

Allow donations of any amount

Customize Your Registration Form Your Way

Not everyone wants to force their customers to fill out a lengthy registration form just to signup for their membership site. With Gravity Press, you have complete control over your signup form. You can use almost any Gravity Forms field in order for your customers to select which level they want to subscribe to. Alternatively, you can also choose to use a text field and hide it from the customers so that they signup for the level you specify 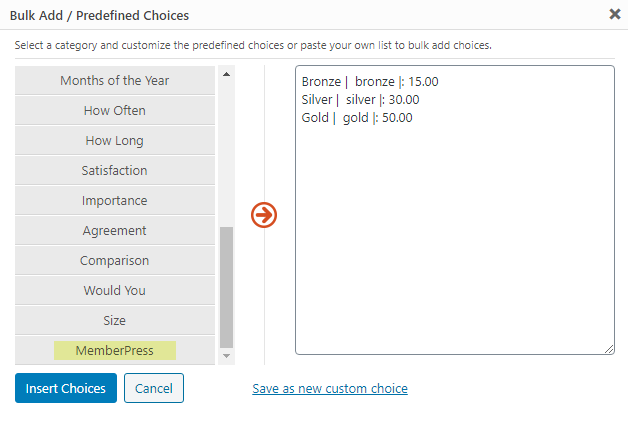 Take advantage of the versatility of Gravity Forms with our integration plugin. Gravity Press lets you register your new customers instantly into the MemberPress level of their choosing, saving your time, money, and the unnecessary hassle of adding members manually.

Gravity Press works similar to most other Gravity Forms add-ons. Level Up your registration form with the following Gravity Forms features: 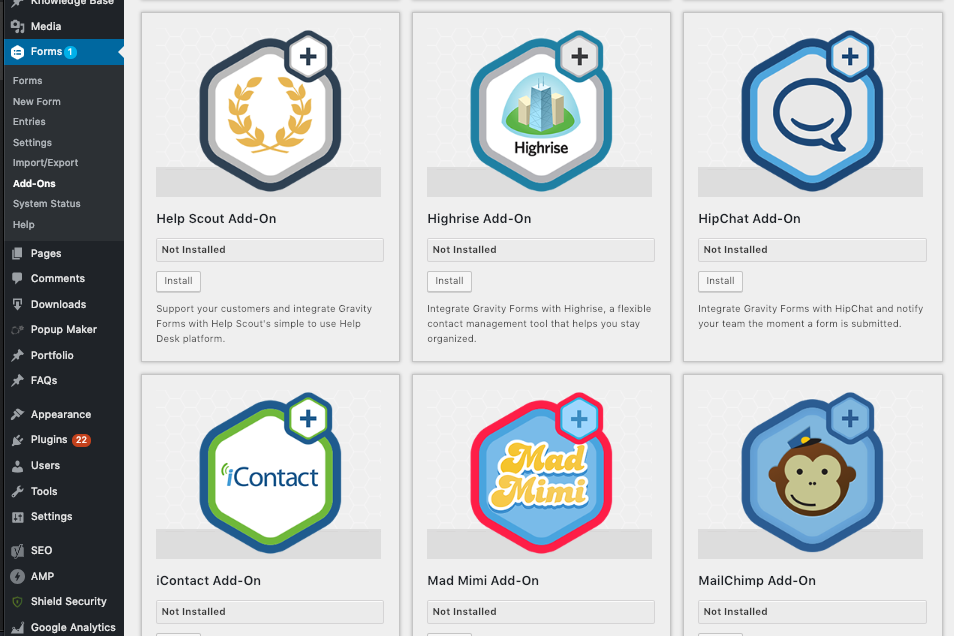 Purchase
*Feature only available in Pro and Developer versions

Gravity Press Pro/Developer provides membership info displayed on the MemberPress Account page. After logging in and visiting their account page, members can see subscription information, recurring transaction history, and can cancel their subscription from their Account page without having to request you to do cancel it for them.

Plus: As of Gravity Press 3.X, members can now update their billing information and upgrade/downgrade their membership using native MemberPress Groups functionality. 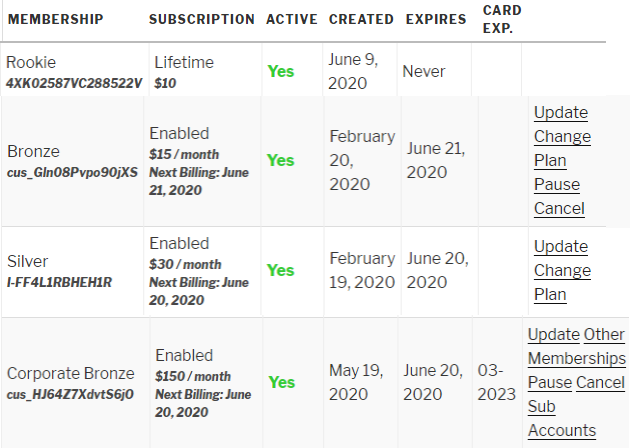 Gravity Press allows a friction-less registration experience for your users by both logging in and redirecting your new users to any page (protected or non-protected) in your site. For example, you can easily send all new users to a MemberPress protected welcome page right after signup.

Provides essential data for reporting in MemberPress. Gravity Press will send all new one-time signups, transactions, subscriptions, and cancellations to MemberPress so that membership information is reflected in the MemberPress admin reports as well as for members on their MemberPress account page. 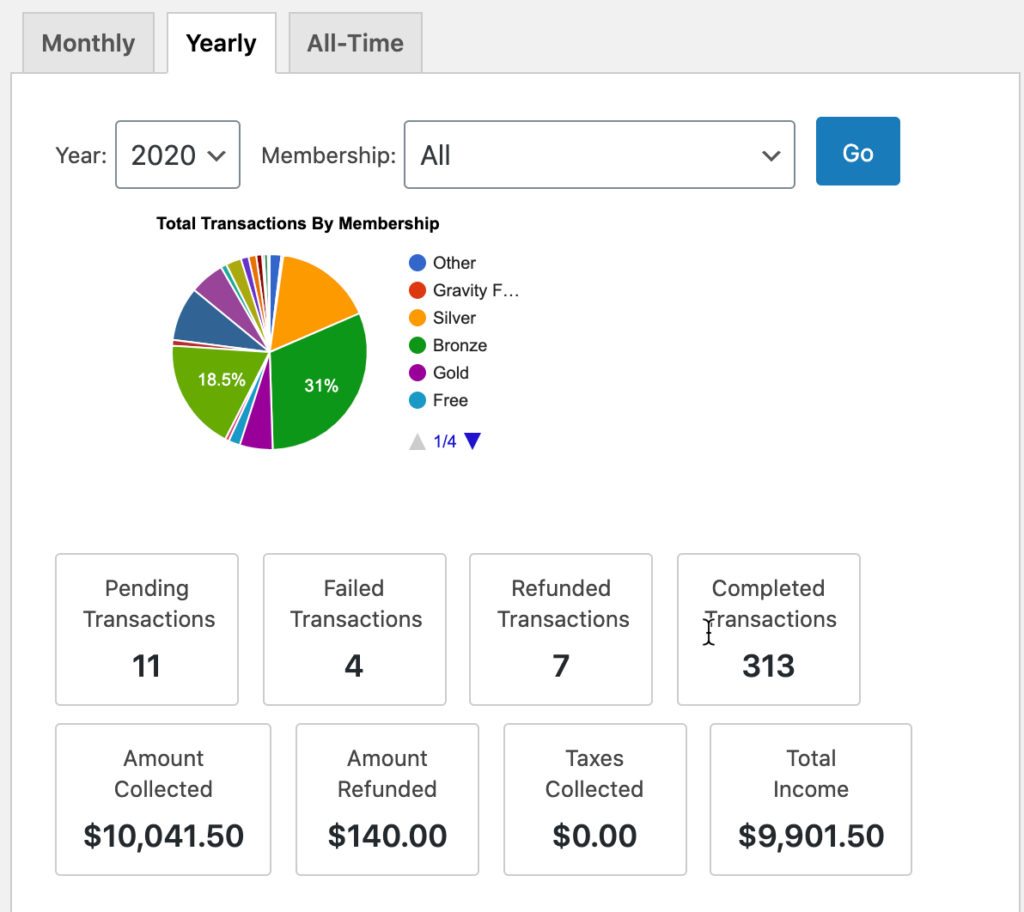 *Feature only available in Pro and Developer versions

* Plugin updates and email support are provided for the duration of your current subscription.

What are the requirements to use this plugin?

You need to install both Gravity Forms and MemberPress before you can use our plugin.

What version of Gravity Forms do I need?

It depends on what you’re aiming to accomplish. Technically you only need their Basic license if you want to enroll existing WordPress site users to a membership level.

That said, most people will want the Elite license because it comes with official payment add-ons such as PayPal or Stripe AND because it includes the User Registration add-on which is essential for registering a new user while simultaneously adding them to a MemberPress level.

What version of MemberPress do I need?

You can use any version of MemberPress.

Does this plugin come with Gravity Forms or MemberPress?

No, our plugin is a separate plugin from Gravity Forms and MemberPress.

Can I charge a donation of any amount (vs. a fixed amount) in exchange for memberships?

Yes indeed. The setup that you’ll need for your Gravity Form is a bit different from the typical setup method. Here’s a documentation on how to set that up.

Do you support the MemberPress Corporate Accounts (sub-accounts) add-on?

You may check our documentation here for instructions.

Solved a problem and saved time

Great plugin. Did it’s job as advertised and saved me a lot of hours of programming.
Easy setup saved me hours of work

Gravity Press made completing an HOA website project much easier. The plugin made it much easier to create users with appropiate memberships and permissions. I had what I thought was going to be one of the more time consuming parts of the project completed in minutes.
Perfect

Very nice bridge between MemberPress and Gravity Forms. May main issue with the MemberPress checkout is the two page process. Gravity Press allows me to run checkout through Gravity Forms (with a single page register/checkout) flawlessly.
Enabled customization

Excellent plugin, no issues, easy install and configuration. Highly recommended!
Exactly what I was looking for!

This plugin was exactly what I was looking for, I can now send my registration signups to MemberPress!

Say something nice about our plugin on social media and a 5% discount will be applied to your purchase at checkout.

== 3.0 ==
-Major rewrite of codebase
-Subscriptions are now initiated by Gravity Forms Stripe but completed by and handed over completely to MemberPress, thus managed by MemberPress going forward, allowing support for all MemberPress account changes natively
-Reverted \"memberpress_selectLevel_field\" back to \"mappedFields\" db key to ensure smoother upgrade from 2.x to 3.x

== 2.5.3 ==
-Feature: Override renewal link on MP account page (under GF Settings->Gravity Press)
-Bug Fix / Improvement: Disable MemberPress Level Fields that are already in use by other Gravity Press feeds to prevent members not being added in some cases

== 2.5.2 ==
-Fixed bug that prevented new members from being added to MP level in some cases

== 2.1 ==
-Fixed bug that would prevent subscription creation and cancellation on some sites

== 1.4.3 ==
-Fixed issue which threw error on activation on certain servers

== 1.4.1 ==
-Removed legacy calls to previous plugin internal styling which are no longer relevant

== 1.4.0 ==
-Moved GravityPress Subscription Support into its own separate plugin for easier updating for Pro and Developer customers

Due to COVID 19 Health + Economic Crisis, a 10% Discount is Applied on All Purchases